The Cordillera Peoples Alliance (CPA) strongly denounces the PhP 3.6 billion (US $ 62.09 million) loan agreement between the Philippine government and the Government of China for the Chico River Pump Irrigation Project (CRPIP), which is a debt trap for the Filipino people. Based from a leaked copy of the loan agreement, the CPA learned that the loan agreement is practically a sell-out of Cordillera land and resources and the country’s sovereignty, and only gives super profit to China at the expense of the Filipino masses. It is another manifestation of China’s imperialist aggression in the Philippines, which puts at risk the interests of the Filipino people under the guise of irrigation project.

CPA also questions the feasibility and sustainability of the project given the fact that the CRPIP did not take into account the overall “development plan” in the Chico River and the province of Kalinga, such as the building of many hydropower, geothermal and mining projects. The Chico River is CRPIP’s source of water to provide irrigation to around 8,700 hectares of agricultural land in Pinukpuk, Kalinga (1,170 has.) and Tuao and Piat, Cagayan (7,530 has.), benefiting 4,350 families. 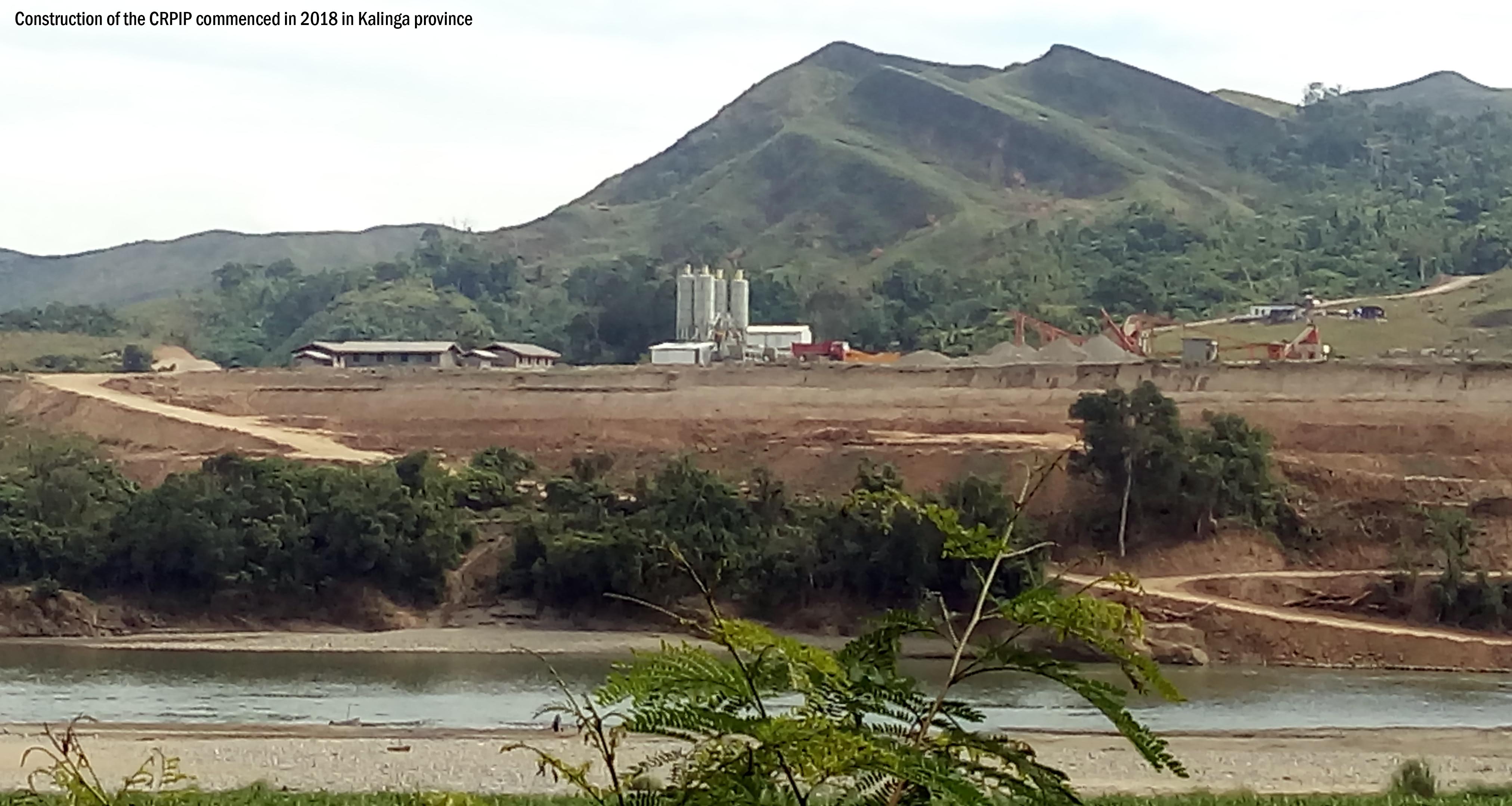 The CRPIP is the first flagship infrastructure project of the Duterte regime under its Build-Build-Build program that is financed by the government of China. It commenced construction of facilities after the groundbreaking ceremonies on June 8, 2018 in Kalinga province. The loan from China covers 85% of the P4.37 billion total project cost. The project includes the construction of a pump house, transmission line, diversion canals, access road, and terminal facilities.

The CRPIP is an outright violation of our right to Free Prior and Informed Consent (FPIC), right to our ancestral lands including the Chico River, and right to self determination. The project falls within the ancestral domain of the indigenous peoples in Kalinga but no FPIC from the communities was secured for the project before the loan agreement was signed on April 10, 2018. The indigenous communities affected by the project and the local government units (LGUs) in Kalinga have not been consulted and were totally unaware of the project until after the loan agreement was signed. LGUs were not provided with any documents pertaining to the project.

FPIC is a right of indigenous peoples as enshrined in the United Nations Declaration on the Rights of Indigenous Peoples (UNDRIP). Indigenous peoples’ FPIC must be secured before projects are implemented in our territories. It is an important component of our right to self-determination, to freely determine our own political, economic, social and cultural development at our own pace. In the Chico River Pump Irrigation Project, the indigenous communities affected by the project in Kalinga province were denied of this right and their welfare was totally ignored in the onerous loan agreement.

The West Philippine Sea is being surrendered by the Duterte regime to China, and so is our sovereignty over the Chico River in the Cordillera. The 20-year loan agreement for the CRPIP is a back-stab to the Filipino people. It contains provisions that are burdensome to the Filipino people and highly favor the government of China. Under the onerous conditions, the CRPIP will not provide “free” irrigation since this will be paid back by the Filipino people in unfairly huge sums and costs.

With all of these, there is no doubt that China will be the only one to benefit from the project. Clearly, the CRPIP was primarily meant for China’s profit-making and not the welfare and benefits of the Filipino people.

Several factors can make the CRPIP fail in its purpose of supplying irrigation to 2 barangays in Pinukpuk, Kalinga and 19 barangays in Cagayan province. The project did not take into account the overall “development plan” in the Chico River and the province of Kalinga, such as the building of many hydropower, geothermal and mining projects. Thus, there is no assurance that the irrigation project will work, especially in the long run.

Our Calls and Demands

Agriculture remains a main source of livelihood in Kalinga province, the Cordillera region and the rest of the country. We continue to demand free irrigation and appropriate irrigation systems from the government for our peasants. These are government support services that are necessary to genuinely develop our agriculture sector and foster rural development instead of liberalizing it as in the Rice Tariffication Law. However, these should not be given at the expense of debt traps, violation of rights to FPIC and self-determination, and sell out of our national sovereignty.

We demand government transparency on the CRPIP and other China-funded projects. Release to the public copies of the CRPIP contract and related documents. The government must immediately suspend the project construction, which is onerous and with questionable feasibility and sustainability for not taking into account the development projects along the Chico River and Kalinga province.

Scrap the CRPIP loan agreement!
Hold the government officials who signed the document and the Duterte regime accountable for the onerous loan agreement.

No to China’s imperialist aggression in the Philippines!