The attached letter is our response on the Sadanga Municipal Peace and Order Council (MPOC) resolution declaring the Cordillera Peoples Alliance and other leftist groups persona non grata in the municipality of Sadanga. The resolution was issued by Sadanga MPOC on May 18, 2020.

Recall that in 2018, the Municipal Council of Sagada, Provincial Board of Mountain Province, and City Council of Baguio passed resolutions requesting the government, through the Department of Justice, to drop from its terrorist list the names of former and current CPA leaders because they are not actually terrorists but instead human rights advocates. The Council of Bishops of the Episcopal Church of the Philippines (ECP) likewise issued a statement of condemnation. The names of CPA leaders were eventually dropped from the list.

On the recent Sadanga MPOC resolution declaring the CPA as persona non grata in the municipality, CPA sought the legal services of Atty. Jose Molintas. Please read the attached letter, which expounds the following points: 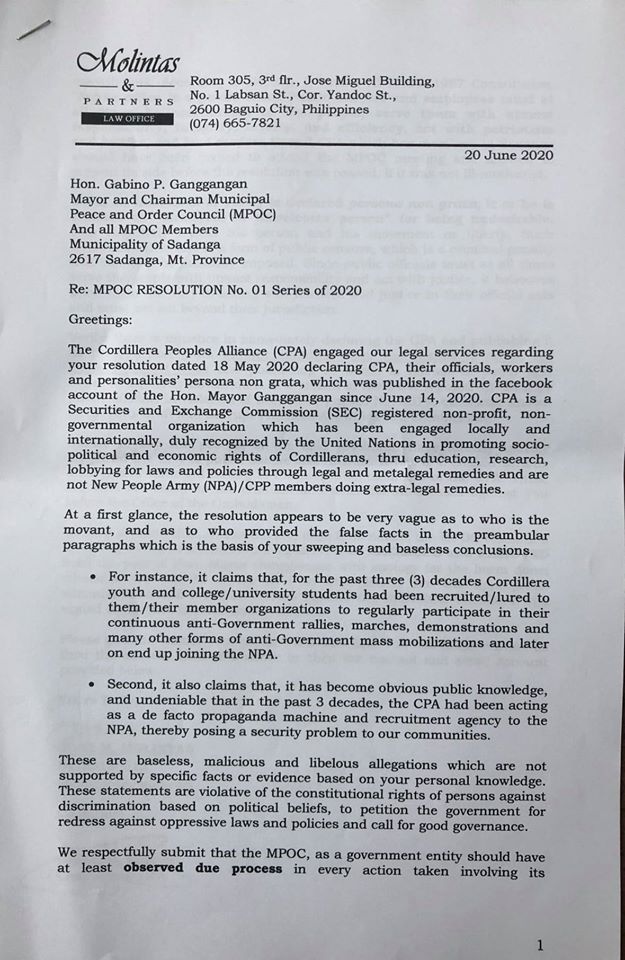 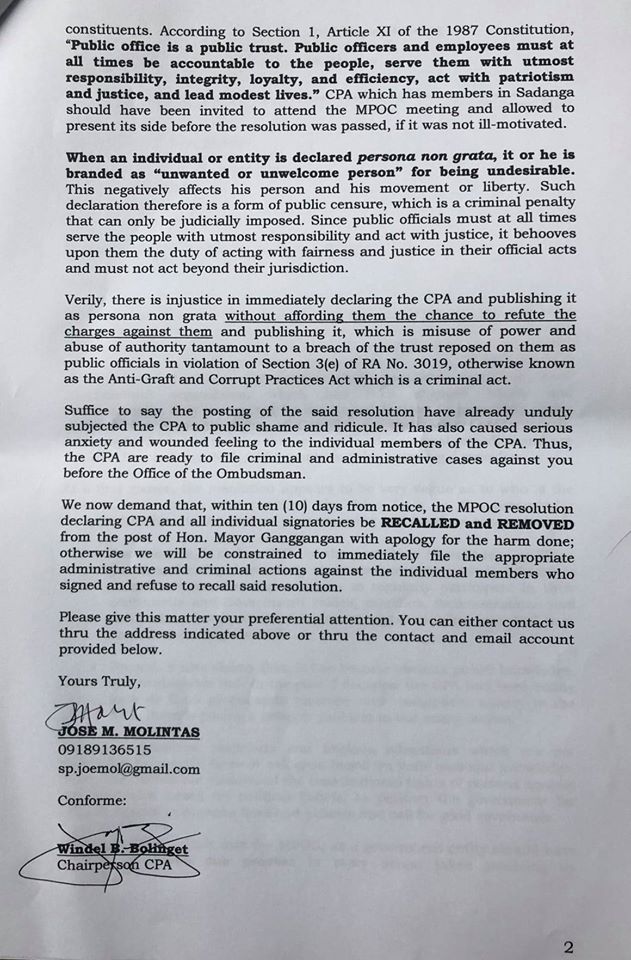