PMSEA’s claim of responsible mining is a continuing myth 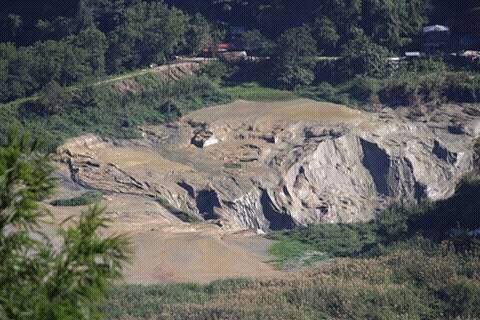 Once again on the 63rd Annual Mine Safety and Environmental Conference (ANMSEC) at CAP, Camp John Hay, Baguio City, it highlights empty story of responsible mining and doing what is right.

To set the record straight, the history of large scale mining in the Cordillera reflects destruction and disasters to the environment and lives of the people. The Philippine Mine Safety and Environment Association (PMSEA) must be blind to the past and recent mining disasters in the region.

Mero added that just recently, the tailings dam of BC in Liang, Itogon, Benguet collapsed and resulted to destruction to the downstream communities of Poblacion, Dalupirip and Tinongdan, Itogon. In 2015, at least six houses were swallowed because of a sinkhole in Virac, Itogon.

Mero also narrated the long list of environmental crimes of the mining companies in the region. On the case of LCMC since its operation in 1936, the company dumped mine tailings and waste straight into the Abra River. It was only in the 1960’s that the first tailings dam was built. The dam was abandoned after less than 10 years and the land became unsuitable for agriculture. Tailings dam 2 was constructed in the 1970s. Its collapse caused the contamination of nearby rice fields. Tailings Dam 3 and a diversion tunnel gave way in 1986 during a strong typhoon. Another spillway collapsed after a typhoon in 1993. The spilled tailings encroached on riverbanks and destroyed rice fields downstream. They also caused the riverbed to rise and the polluted water to backflow into other tributaries of the Abra River. [1]

In addition, an Environmental Investigative Mission (EIM) was conducted in September 2002 by the Save the Abra River Movement (STARM) and indicated that heavy metal content (lead, cadmium and copper) was elevated in the soil and waters downstream from the Lepanto mine. The downstream impact of tailings disposal is that along a 25-kilometer stretch of the Abra River, some 465 hectares of rice land have been washed out.[2] And in July 1999, Pablo Gomez, a villager in Mankayan, Benguet was killed when he was suddenly swept away in a landslide along with the Colalo Primary School building. In 2009 and 2013, Poblacion, Mankayan experienced sinking and ground subsidence.

On the other hand, BC extracted gold and other minerals in Itogon, Benguet since its establishment on August 12, 1903. Despite its claim of world class mining operation, Benguet Corporation left permanent destruction and scars on the surface and beneath the earth; caused rivers to become biologically dead and its mine wastes and underground tunnels pose threats and concrete effects to people’s lives and communities.

Benguet Corporation as the oldest mining corporation in the country is responsible for the open pit mine site, underground tunnels, waste dump sites, mill, and diversion tunnels and tailings dams in Itogon. And as proven by the experiences of communities, these mining activities of Benguet Corporation and Philex Corporation in Itogon led to series of environmental disasters that claimed lives of the people and destroyed properties.

And in August 2012, Philex tailings pond 3 collapsed and spewed over 20 million metric tons of mine wastes into the Balog Creek and Agno River.

“With these mining destruction and disasters committed by large scale mining companies, do we still claim that there is responsible mining in the region?” Mero asks. Aside from tree planting and other activities, the PMSEA should have also included in their itinerary to visit these communities and see first-hand their claim of responsible mining.

With these historical and recent cases of mining destruction and disasters, the CPA supports the rehabilitation and call of communities affected for the permanent closure of the large scale mining companies in the region.***